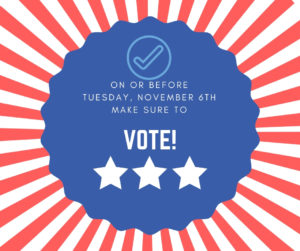 Talk continues on the expansion of gambling in Illinois with a committee hearing planned on October 17. The expansion bill would add six new casinos, added gaming positions at existing casinos, and slot machines at horse racing tracks. Anticipation is that at some point the discussion of sports wagering will enter into the discussion.

Governor Rauner has taken his amendatory veto pen to HB 4163 which attempted to prohibit employers from asking the salary history of applicants. We will still continue to monitor issues such as income tax, minimum wage, legalization of recreation marijuana, and transportation funding through the beginning of the next general assembly.

The recent U.S Supreme Court ruling on the Wayfair v. South Dakota case and language in the budget passed by Illinois legislators opened the door for the state to collect sales tax on remote businesses and widened the definition of having a “physical presence” within a state to include any company doing over $100,000 of business or over 200 transactions in Illinois. For brick and mortar businesses in Illinois, this levels the playing field, allowing them to compete with online vendors who previously sold products without subjecting their consumers to sales tax. This will create an estimated $200 million in additional revenue for Illinois without creating any new taxes. The tax collection began on October 1 and the Department of Revenue has posted collection information on their web site.

Congress is in the final stages of passing legislation that would direct the Army Corps of Engineers to finalize its Brandon Road study and put a specific proposal on the table in early 2019. Legislation would require a 65% construction cost to the federal government and 35% back locally. The project would add improvements to the locks in order to stop invasive species (mainly Asian carp) from migrating north into the Great Lakes and the need to modernize the locks. Officials from Michigan, Wisconsin, Minnesota, Indiana, New York, Ohio, and Pennsylvania have weighed in heavily on what these improvements should be.

Changes at the locks bring the possibility of serious impacts on the local waterway traffic. These impacts would most likely be both short-term and long-term resulting from re-construction and enhanced barriers. In both cases, businesses and residents will face the impacts directly through longer shipping times, addition of freight (trucks) on our roads, and possible business / job relocation. We look forward to working with other business leaders and local government to advocate for our local concerns.

A reminder that on October 11th the Chamber will be partnering with the Chicago Southland Chamber, the Illinois Chamber, and the Small Business Advocacy Council to host a Legislative Summit moderated by Todd Maisch, President & CEO of the Illinois Chamber of Commerce. A total of nearly 20 local legislators have been invited to this breakfast at Moraine Valley Community College. You may register to attend at http://web.chicagosouthlandchamber.com/events.