It is with sadness that we share news on the passing of former chamber President/CEO, Russ Slinkard. For almost 20 years, Russ led and grew the chamber into the highly respected organization it is today.

His tenure began in 1996 after a short time working for a couple of local organizations following a long career with Illinois Bell/Ameritech (now AT&T). Before joining the communications company, Russ was a Pastor in the Methodist Church.

In the 19 years under his leadership, the chamber hit membership milestones of 1,000 and then 1,500 plus members. Local leaders frequently praised Russ for his ability to bring the business community and community together. He was able to pair business leaders, community organizations, citizens, and government together to work on issues that improved the local quality of life. His commitment to this effort will be one of the many legacy’s he will be known for.

In 1999 Russ directed the purchase of the chamber office building at 63 N. Chicago Street in downtown Joliet and as part of the 2014 Centennial Celebration of the chamber’s 100th Anniversary, the board of directors dedicated the building in his honor. A plaque commemorating this remains on the building to this day.

His work in the community also stands out as he devoted his time and talents to several local organizations such as Silver Cross Hospital, United Way of Will County, Will County Center for Economic Development, Rotary Club of Joliet, and many more. Russ was also a supporter of education and was instrumental in the District 86 successful referendum to build three new schools. He was recognized with many awards such as the George Sangmeister Medal of Excellence, Joliet Hall of Pride, and Boy Scouts of America Distinguished Citizen.

He will be known for his empathy and compassion for all human beings. Russ had a revolving door of businesspeople that would come to visit with him at the chamber and seek his advice. His kind and humble ways will be remembered by all who knew him. 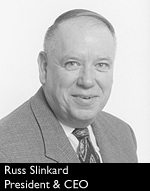 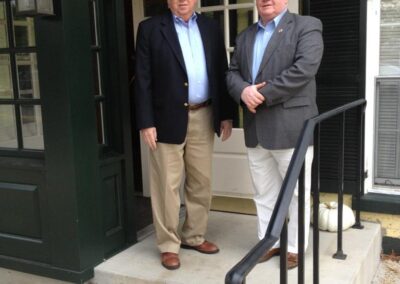 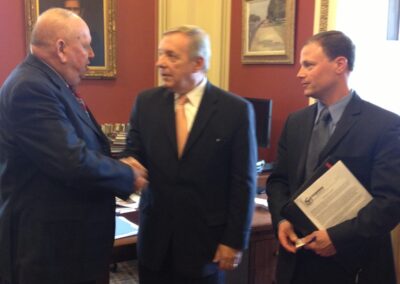 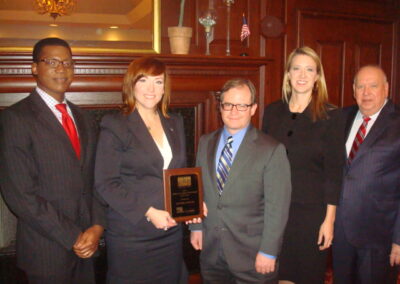 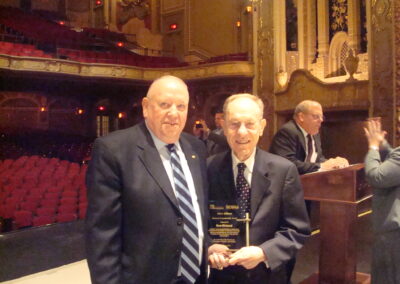 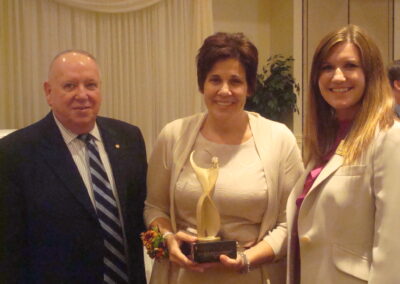 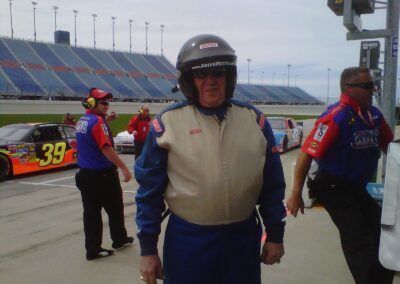 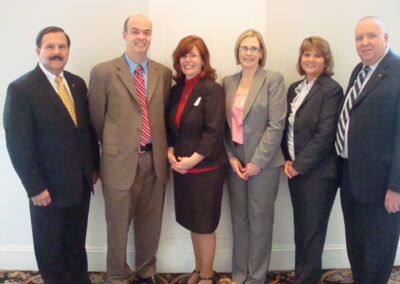 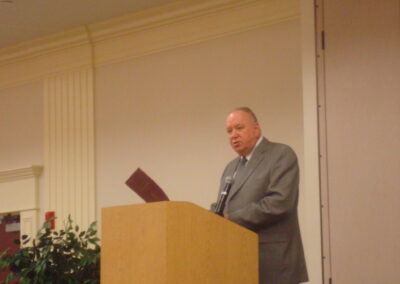 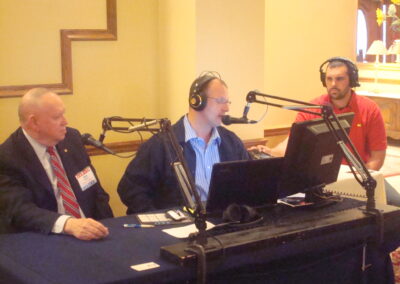